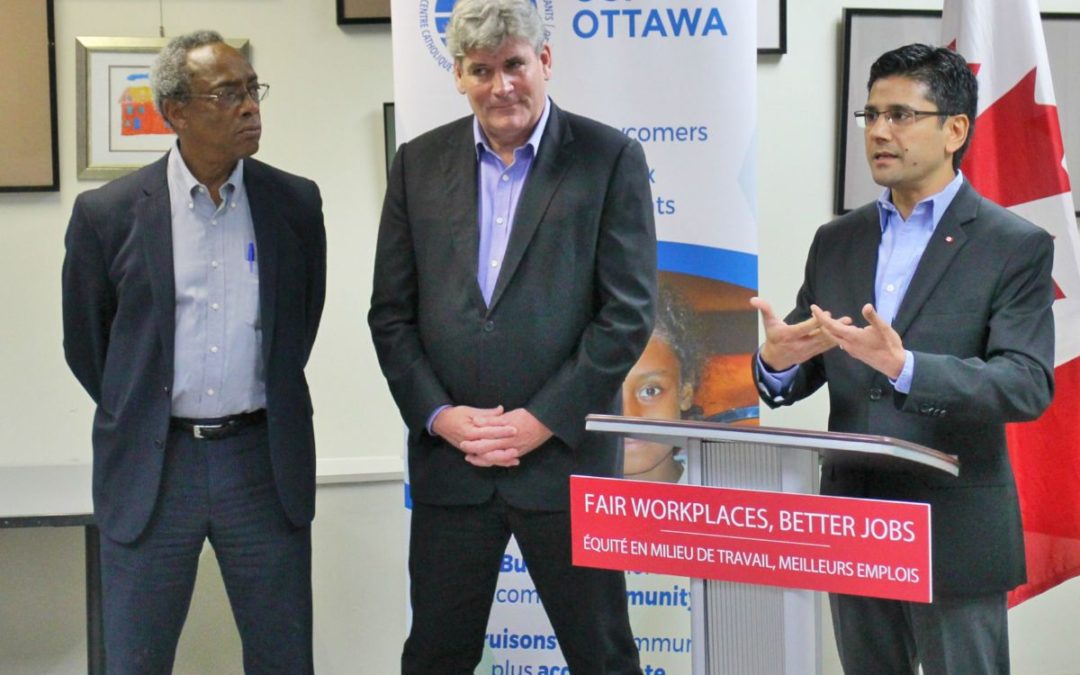 It was a packed house at the Catholic Centre for Immigrants when two Liberal MPPs stopped by to talk about the impact a new minimum wage will have on immigrants in Ottawa.

Yasir Naqvi and John Fraser, along with CCI Ottawa Executive Director Carl Nicholson, spoke to a gathering of employees to highlight some of the changes brought on by the Fair Workplaces, Better Jobs legislation.

Mr. Nicholson said many immigrants to Ottawa end up taking minimum wage jobs as they struggle to adapt to a new country and settle into their community. Sometimes the only way to provide for their family is to hold down two jobs.

“Through the Fair Workplaces, Better Jobs plan, not only will the minimum wage be raised to more livable levels, there will be substantial protections for workers,” said Mr. Nicholson.

“This means minimum vacation entitlements, fairer and more transparent scheduling and protections that will allow employees to defend their rights without fear of losing their job.”

The Catholic Centre for Immigrants has been helping newcomers transition and adapt to their new country for more than 60 years. We know from experience newcomers help Canada’s economy grow. We know they give back.

“I believe the changes in the minimum wage and benefits will create opportunity, provide security and allow newcomers and all of our community’s most vulnerable residents to thrive.”

Mr. Naqvi and Mr. Fraser both spoke of the impact raising the minimum wage will have on the economy.

Although the minimum wage will still be modest, it will still give workers more spending power in the marketplace.

Mr. Naqvi also highlighted some other changes that will benefit the newcomer community.

Students whose family income is below $50,000 will be entitled to free tuition through a variety of grants. There is no age restrictions on the free tuition, he added.

As well, a pharmacare-style program has been introduced that will see all citizens under the age of 25 receive their prescribed drugs at no cost.

Both MPPs pointed that this, too will mean more money in the pockets of those who need it most.

Mr. Fraser added the government will be meeting with small business owners over the coming months to ensure they are heard. For small businesses that employ a handful of people, Mr. Fraser acknowledged the changes to the minimum wage will have an impact. He wants to meet with those business owners to hear their ideas on what the government can do to ensure the impact is manageable. 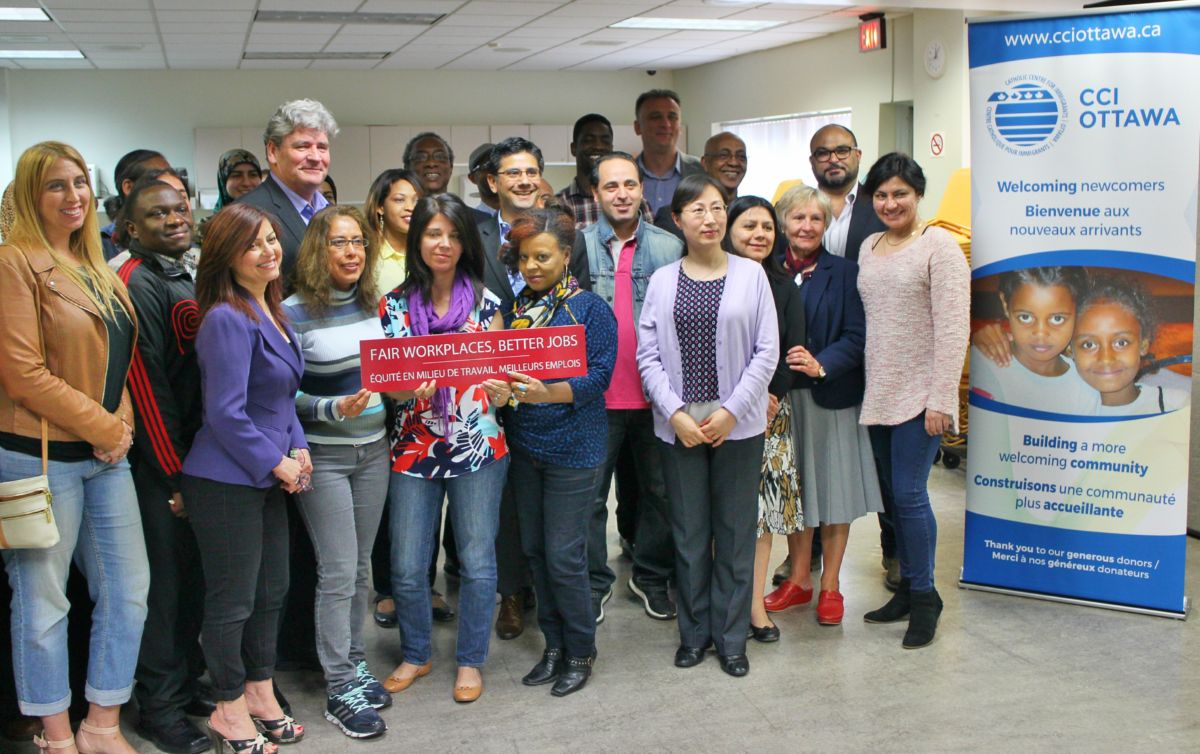