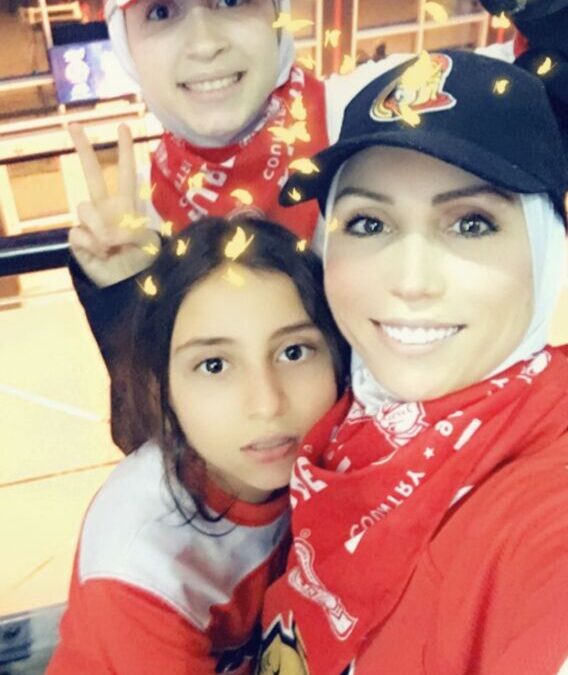 It’s not a stretch to say hockey rejuvenated Faihaa’s spirit.

The widowed mother of two had fled Syria and its brutal civil war, finding refuge in Jordan for four years before coming to Canada.

But after one month, she wasn’t sure if she had made the right decision.

“I was so alone. I was so sad and depressed. It was so tough those first few weeks,” said Faihaa.

Surprisingly, it was hockey that renewed her joy in life.

“I got free tickets to a hockey game and I went. I was really nervous the first time I went by myself. I took the bus there and found my seat.

“When I got to my new seat, I didn’t move during the intermissions. I was scared I wouldn’t find my way back. A few games later, the man who helped me found me and invited me out. Now we’re engaged.”

Faihaa works two jobs to provide for her daughters, Yara, now 15, and Loutus, 12. She teaches Arabic at a school and works as a cashier at a pharmacy.

She says she holds down two jobs because she can never say no to her children and it pays for her Sens’ tickets. She doesn’t miss a game and joins numerous Facebook groups to talk about the games and the players.

Today, Faihaa says life is awesome. Those early dark days are behind her and she looks forward to learning more about her new city, watching her children grow and spending time with her mother.

And she’s looking forward to next year’s hockey season and her beloved Ottawa Senators.