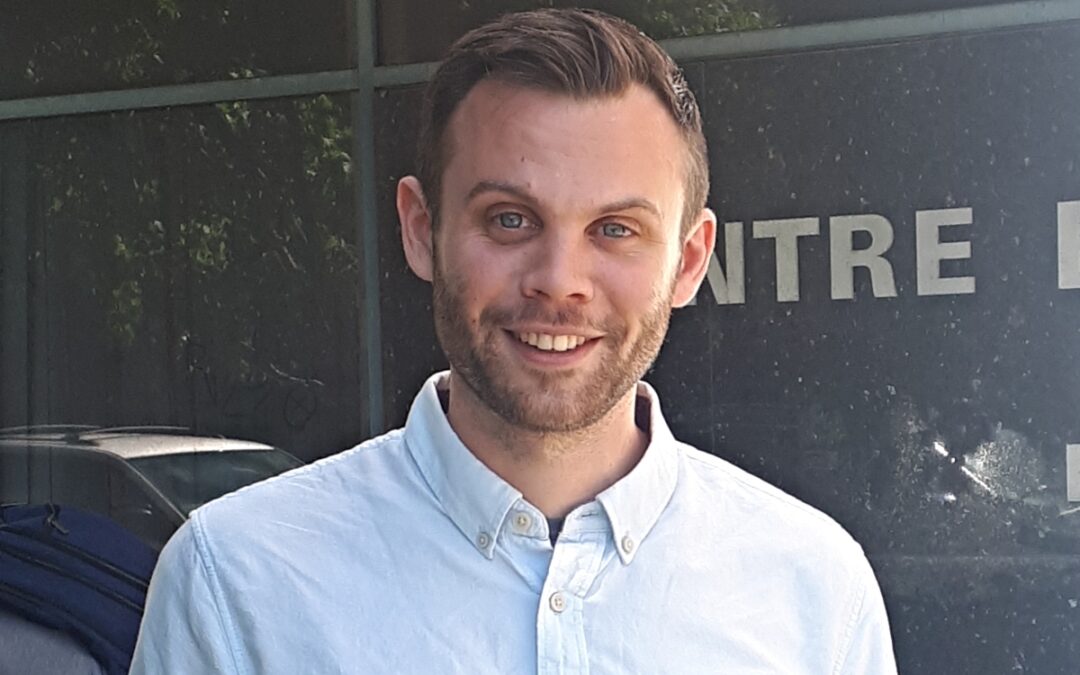 It is no secret that being young has its many challenges. Most young people struggle with confidence or self esteem, choosing their career path and finding their place in this world. This is where youth workers at the Catholic Centre for Immigrants can prove so important.

Joseph is one of CCI Ottawa’s newest youth case workers. He is part of Client Support Services, which works with government-assisted refugees. Joseph works primarily with youth aged 18 to 28. It is his job to build a rapport with young newcomers, understand their needs, help them realize their potential and ultimately, see them through to success.

Joseph came to CCI in his second career. He began working for the Toronto film industry practicing graphic design, but early on he realized he wanted something more rewarding and more people-based.

An opportune moment, however, came to Joseph during his fourth year of social work at Carlton University. He was given the chance to do his placement here at CCI.

He worked as a student for four months before being hired as a full-time employee.

One of the most important aspects to understand as a case worker, he said, is to recognize the different needs of each individual. He broke it down into three categories: education, employment and connection with other people or the city.

Once this is established, it is his job to help them realize their ability to grow.

“It is a very big deal to help them recognize their potential,” said Joseph. “It is no longer about what their parents want for them, but it is about what they want to achieve.”

In order to begin these discussions, Joseph needs to build trust and rapport with the youth. “Many young newcomers are able to figure things out for themselves, but I’m here to encourage them and answer their questions. It’s also great to have someone to bounce ideas off of.”

Although Joseph was born in Canada and cannot relate to the experience of immigration personally, Joseph believes being a Canadian works to his advantage.

“I think it helps them feel safe, like they’re not going to be judged. And if they have questions about living in Canada or Canadian culture, they have someone to turn to.”

Despite this fact, he humbly admitted to depending on those around him. “I’m only as good as the team surrounding me. I’m no expert in newcomers or immigration, so it’s always about my clients and going to my co-workers.”

Working with youth is not a job for everyone. It requires immense patience, empathy and dedication. Joseph recognizes these challenges and is passionate about his role at CCI. He wouldn’t want to be anywhere else but here.