Taking the lead with youth 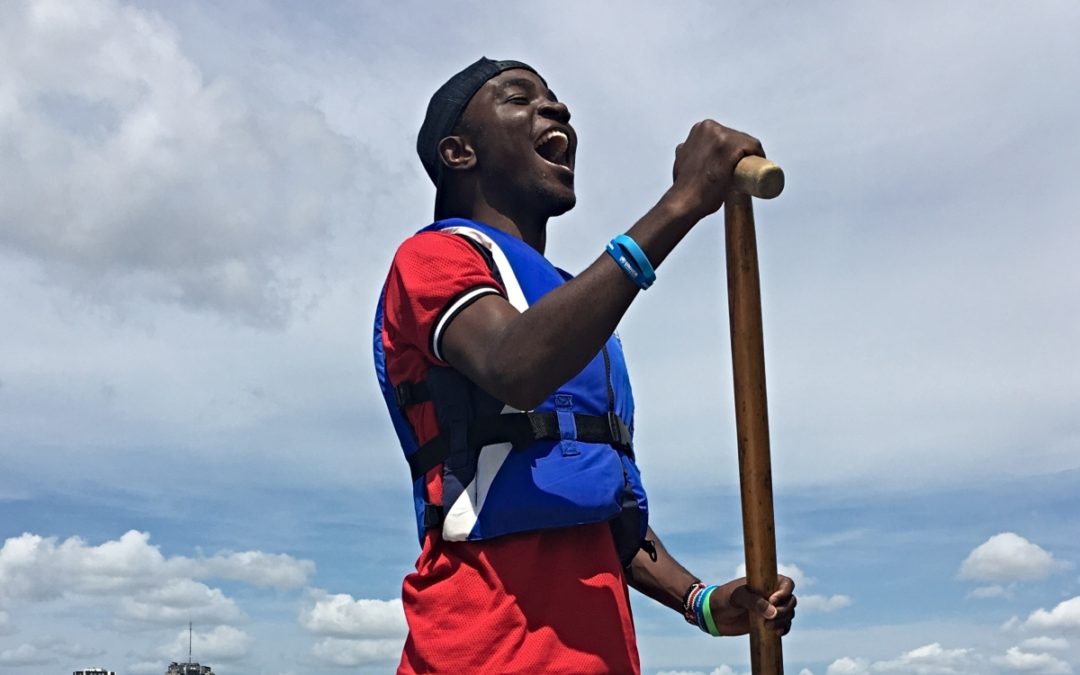 Helpful, respectful and eager to learn are just some of the words to describe Reuben Nashali.

Reuben came to Ottawa on Feb. 22, 2017 to join some of his family who were already here. His mother and siblings had settled a year earlier in Ottawa from Kenya while he was still living with his father. But over time, he realized he missed his mother too much and decided to follow her to Canada.

Once Reuben arrived, it didn’t take him long to get involved. He joined the Youth Program on his second day in Canada.

Reuben joined the youth program because he needed help to navigate his new community. After participating in several youth activities and programs, Reuben was introduced to our Youth Leadership Team.

“The Youth Leadership Team is growing and going places,” says Reuben. “We go to international conferences such as OCISO Leadership training, Toronto Refugee Awareness conference in March and we have our Youth Policy Forum coming up soon.”

These youth leadership conferences aim to empower youth and to be an influence in their community.

At the International Refugee Conference — held to raise awareness about the refugee crisis around the world – It was an eye-opening experience for Reuben.

“As a youth leader, I learned that refugee youth are still suffering out there as we were before we came to Canada. It helped us understand what other youth are experiencing back home and how best we can help them,” says Reuben.

The Youth Leadership Team is about helping youth improve their lives and do well in Canadian society. Reuben joined the leadership team because he felt it was the right thing to do to help other young newcomers.

Reuben shares a story that resonates with him. An African youth representative described to him his life before coming to Canada, a life Reuben identified with.

In Tanzania, the government signed a law that makes it illegal for refugees to be in the country, despite the fact that there are several refugee camps in Tanzania.

The government regularly conducts random raids. The raids target undocumented refugees in Tanzania. Authorities go door to door asking for ID and carefully listening to accents. If you don’t have the right ID and your accent doesn’t match the Tanzanian accent, chances are you will be deported back to your home country.

When Reuben heard this story, he knew he had to help other young refugees. Attending the conference made Reuben realize there are people and organizations out there that are working on the behalf of youth.

The youth leadership team is also involved in youth activities involving newcomers to Ottawa. This summer, the team, led by Reuben and members, had a bike day. Since most new Canadian youth don’t know how to ride a bike, the team organized a successful bike day where they had volunteers teach the youth how to ride bicycles. The event was a success as more than 15 youth came and left knowing the basics of riding a bike.

“I am happy that the bike day was a success. People should help because newcomer youth are having challenges getting used to Canadian systems. They do not feel like they belong here. Living on social assistance and being out of school means they do not have transportation. Learning to ride a bicycle may come handy to most youth who can easily buy a second-hand used bicycle and use it during summer as an alternative to busing,” says Reuben.

“We know it’s not enough but it is the starting point.”

“The public should support newcomer youth initiatives because there are youth who are struggling to integrate into Canadian society socially,” says Reuben.

“Just like any other normal youth, they are confused about a lot of things as they are discovering their identity and being a new country adds more confusion in these challenging teenage years.”