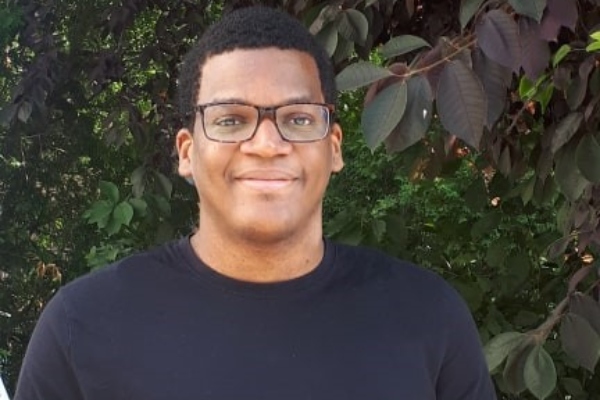 Venezuela is in crisis. The South American country has been in decline for years with a collapsing economy and increasing political opposition.

We want to introduce you to Jimmy, one of those Venezuelans who escaped to find a better life.

It was 2017 when Jimmy, his father and his brother made the difficult decision to leave their home country and look for safety in Canada.

They first traveled to Boston where Jimmy’s sister lives.

Jimmy remembers one part of their journey when they traveled in a cab.

“I’m very tall, and all three of us were squished in the back of a cab for four hours! It was very uncomfortable,” he says laughing.

When they arrived in Ottawa, they were relieved to have made it safely, but they had a new problem. They had no place to live.

Jimmy and his family took refuge at the YMCA until, only two months after Jimmy’s arrival, he found his way to CCI Ottawa’s front doors.

We helped Jimmy and his family look for a permanent home. While they searched, Jimmy also joined several of our youth programs.

These included the Healthy Cooking on a Budget Program, the Employment Services Program, and the Bike Program. He also got involved in his new community by volunteering at the annual Terry Fox run and the youth soccer league. “I was here almost every day and made amazing friendships.”

Ana, a youth employment services counsellor, helped Jimmy find his first job in Canada. “This is the best program at CCI and Ana is so helpful.”

Unfortunately, Jimmy’s mother had to stay in Venezuela because she was unable to get a work visa. “I miss her very much, but I don’t miss my country. I like Ottawa very much.”

Jimmy expressed his love for the snow and the cold, Ottawa’s multicultural community, and even the sweets. “Everything is so much cheaper here. I think I have gained some weight buying so much chocolate and candy.”

He also plans to keep volunteering at CCI. He wants to give back and says he doesn’t know where he would be without CCI.