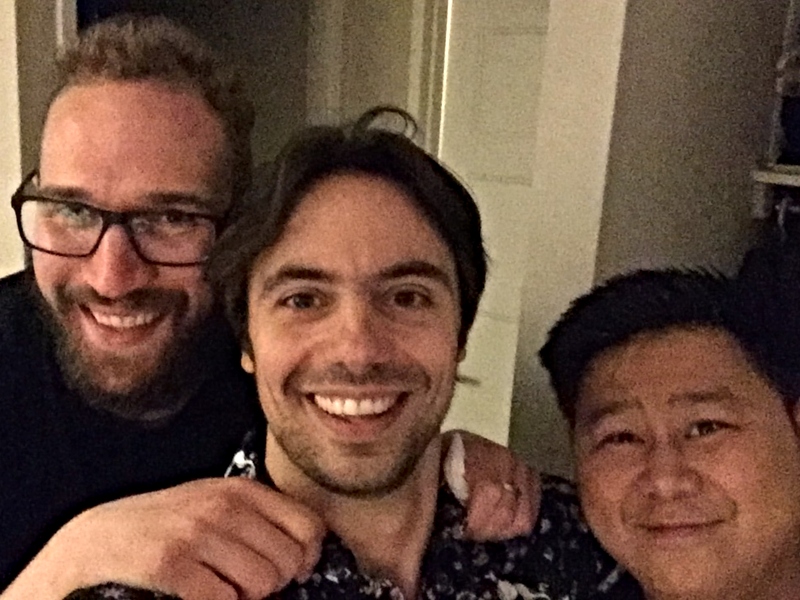 One of the fondest memories Marko has of his first week in Canada is playing soccer while living at Reception House.

Marko was 12 years old when he came to Canada with his mother and father as refugees. They had fled Bosnia looking for a new beginning and a peaceful life.

It was August 1996, when they arrived in Ottawa, and Reception House, which is operated by the Catholic Centre for Immigrants (CCI), was there for them.

At Reception House they lived with other refugees where they learned about life in Canada. We helped Marko get started in school and sent him to English classes. We helped his parents find their first Ottawa home. We also helped them with those everyday things we take granted, such as opening a bank account, looking for work, accessing health care and connecting to their new community.

Marko says his family considers Reception House one of the best times in their lives. The boys would play soccer with their fathers in a small park across the street. “I remember my first trip into the (Byward) Market and visiting Giant Tiger where I discovered some new chip flavours.”

He also remembers how happy the family was to be in Canada. “I remember when we got the news. We just hugged and cried. I was young and I didn’t understand everything but I knew this was a big moment,” he says.

When they moved into their first home near Mooney’s Bay, the care didn’t stop. We matched Marko’s family with a Canadian family, who also had a son the same age as Marko.

Marko says it was a wonderful time. “I spent many evenings at their house watching movies or sleeping over. My family and their family shared many meals together.”

The family was happy but there was a lot to learn.

His mother and father took jobs wherever they could find them. His dad worked in the hi-tech sector and so did his mother, although when the company closed, she transitioned to a career in retail, eventually becoming the manager for a women’s fashion store. After only a few years of working, they bought their first home in Ottawa.

It didn’t take Marko long to learn English. In addition to starting Grade 7, he took English classes for two months. He also had no trouble making friends. Initially, he latched on to other immigrant children as they shared a common experience. When he attended Carleton University, he says he started to make Canadian friends and truly appreciate the diversity our country offers.

Today, Marko, who is 33 and is an engineer, is ready to give back. He is now a volunteer with the Matching Program, which pairs newcomers with Canadians. The volunteers help the newcomers adjust to daily life in Canada. It’s an opportunity for newcomers to meet friends and learn to speak English while also getting some practical help and tips on living in Canada.

He wants to give back because he knows what it’s like to be a newcomer. He’s always known he wanted to give back to the country that welcomed his family and offered them a new beginning. During the last couple of years, he has mentored newcomers who were looking to build new careers in Ottawa.

Now he wants to experience the rewards of the Matching Program, this time as a Canadian helping a newcomer.