Helping others is happiness 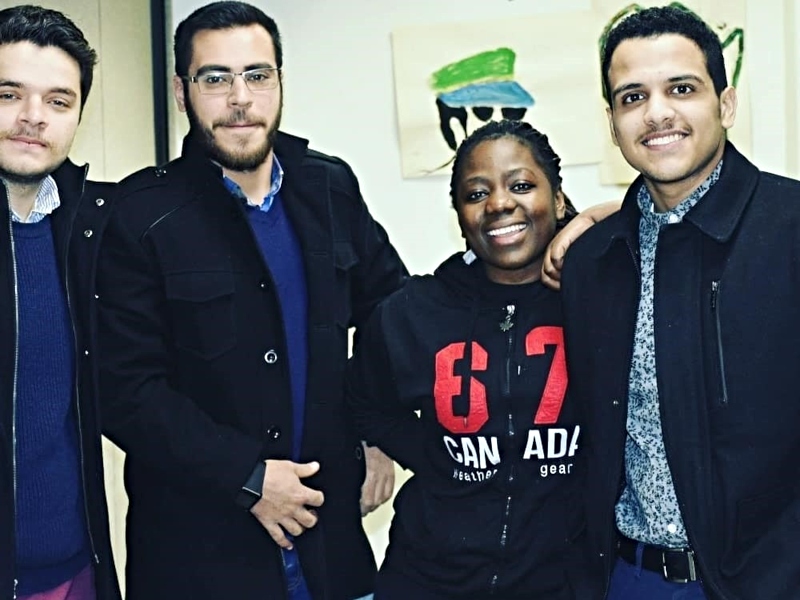 Muhammad Khalil has been a volunteer at CCI for a little more than four years. Since coming to Canada as a refugee, he has found helping others a source of joy and a way to create lasting friendships. We talked to him about his volunteer experience.

Q. When did you arrive in Canada?

A. My family and I arrived in Canada on June 2, 2014. We landed in Halifax, but after two weeks, we relocated to Ottawa. My family had felt lonely in Halifax, where we rarely saw people in the streets.

Q. How did your involvement with CCI begin?

A. As soon as we arrived, I was introduced to several CCI programs, especially for youth. I became more interested in volunteering, so I started volunteering with Jody, who was then the youth coordinator.

Q. What did do you do as a volunteer?

A. Anything. When I started, I was helping others learn English. When we went on field trips, I helped organize the youth, to meet at a certain place, see that they got on the bus, make sure that no one got lost, etc. Sometimes I attended programs and helped where they needed an extra hand. I mainly volunteered with the youth group.

A. It was during the summer of 2016. The first Syrian wave had arrived in Canada earlier in the year. The youth coordinator organized an English boot camp. We were teaching English to newcomer youth from different countries. The youth ranged from age 14 to 24, and were mostly Syrians. We got three public schools and the classes started at 8 a.m. and we would finish at 4 p.m., like normal school. It was tiring but fun. The summer camp lasted for about 2-3 months.

Q. Are there changes you would recommend?

A. I would recommend more field trips. Field trips help young newcomers get to know Canada more easily. A young person can learn so much on just one field trip. They need to meet more people, get accustomed to the Canadian way of doing things. For example, not everyone who came to Canada lived in urban cities, so some youth need to be taught how to cross roads with traffic lights. They need to understand how people behave in public places. For example, in Syria it would be scary or suspicious to smile at other people in the street, but here in Canada it’s considered a friendly gesture. That small cultural difference actually means a lot to different people. Field trips close the cultural gap.

Q. Have you found volunteering to be rewarding?

A. Yes. I have made some great friendships through volunteering. Some are more than friends. One of the volunteers I have met is now like a brother to me.