Bust these myths about refugees 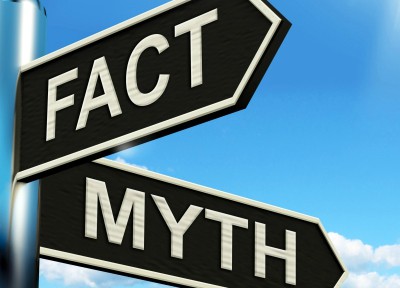 Fake news. We’ve heard this phrase many times, especially if you happen to follow a certain U.S. President in the news.

Fake news, though, is no laughing matter and it’s not just a problem in the U.S. With the proliferation of social media in the last 10 years and the amount of information on the Internet, it’s not surprising that some of it is fake.

There’s also a lot of fake news when it comes to issues on immigration. There are just certain myths out there that won’t seem to go away.

Here’s a list of the most common held myths and the facts.

All of the information comes courtesy the Ottawa Local Immigration Partnership and its report entitled: History and Legacy of Refugee Resettlement in Ottawa. The report was authored by April Carriere in 2016.

Fact: This has been one of the most persistent myths over the past five years, and it is false.

Most categories of refugees are not eligible for government assistance. Those who are, are only eligible for a period of six to 12 months, and only if they do not have funds of their own.

These refugees receive roughly the same amount as Canadians on welfare and are based on the provincial or territorial welfare rates where the refugee resides.

Myth: Refugees could bring the chaos that afflicts their country to Canada.

Fact: This is a recurring fear in Canada. Throughout the Cold War, people were afraid that refugees from Eastern Europe, from Southeast Asia, and from Chile would bring communism to Canada. The fear proved to be unfounded.

These refugees had lost everything to escape communist regimes, and they tended to thoroughly reject communist ideology. Refugees arriving from Iraq and Syria today are escaping from the atrocities committed by extremists in their country of origin. They, more than anyone else, have cause to reject extremist ideologies and actions.

Myth: Terrorists could seek to enter Canada as refugees.

Facts: (1) It is far more complicated, time consuming, and difficult to enter Canada as a refugee than it is to enter as a visitor. Refugee claimants go through thorough screening by both Canadian Security Intelligence Service (CSIS) and the Royal Canadian Mounted Police (RCMP), including fingerprinting and interviews. Any claimant found to pose a security risk, to have engaged in serious criminality, to have participated in organized crime, or to have committed human rights violations is not admissible as a refugee, and risk being detained. It is unlikely that a terrorist would risk undergoing such a process.

Myth: Neighbouring ‘Muslim Countries’ are not pulling their weight to help resettle Iraqi and Syrian refugees.

Fact: Most Iraqi and Syrian refugees are currently either resettled or sheltered in a refugee camp in a neighbouring Middle Eastern Muslim majority country. As for Saudi Arabia and other relatively wealthy countries in the Persian Gulf, refugees tend not to find their way there because they would have to cross hundreds of kilometres of desert lands. Nevertheless, according to UNHCR, Saudi Arabia and other Gulf states donate substantial sums of money to help with the refugee crisis, and take in thousands of refugees as temporary workers.

Myth: Asylum seekers who arrive by boat are not legitimate refugees. Tthey are migrants and should be incarcerated to deter others from coming.

Facts: (1) Many refugees in Canada escaped their country of origin by boat, including most of the “boat people” who were welcomed to Canada in the early 1980s.

(2) People desperate to flee violence and persecution will escape by any means necessary, often by paying smugglers, and it would be immoral to punish them for doing so.

(3) Punishing people would be unlikely to serve as a deterrent because refugees often have no idea where they are going, and would likely choose to come even if they knew they would be incarcerated, because the alternative could mean death or torture.

(4) Punishing refugees for illegally entering or remaining on a territory is against international law.

Myth: Refugee claimants who enter Canada using false documents are bogus refugees and should be deported.

Fact: Repressive governments often refuse to issue passports and documents to those they are persecuting or imprison people when they try to leave. International law has long recognized that such people might have to use false papers to escape their county. Many Jewish Germans were forced to do so when they escaped Germany in the mid-20th century.

Fact: International law recognizes the right of people who are fleeing violence and persecution to seek asylum in another country. It simply does not make sense to ask people who are running for their lives to wait in line. The Supreme Court of Canada confirmed that the Charter of Rights and Freedoms guarantees the rights of asylum seekers.

Myth: Failed refugee claimants are bogus refugees who are trying to cheat the system to immigrate to Canada.

Fact: Refugee claimants can be denied refugee status in Canada for many reasons, many of which are related to challenges associated with our refugee assessment process. For example, in the past refugees from countries where there is no authority to produce or renew passports were often not able to prove their identity. A current example relates to the process in place for refugee claimants from countries which have been designated as unlikely to produce refugees by the Canadian government, such as Hungary and Mexico. These claimants are allotted much less time to build and present their application to the Immigration and Refugee Board, which makes it very challenging to meet all of the criteria set by the Board.

Myth: Refugees are a drain on the Canadian economy.

Fact: Refugees are an incredible source of human capital. After their initial settlement period, refugees become employed and pay taxes. They contribute to the Canadian economy by adding to its workforce and tax base. Moreover, refugees are often highly educated people, and Canada benefits from their knowledge, talents, and skills. Finally, a fair portion of refugees tend to be children who will spend a lifetime contributing their skills to the economy and adding to the tax base.

Myth: Refugees are going to take our jobs at a time when many Canadians are unemployed and underemployed.

Fact: Refugees contribute positively to the Canadian economy. Many of them possess an entrepreneurial spirit, the kind of spirit that would be required to fling yourself and your family halfway across the world in search of safety; they start businesses that provide jobs for themselves and for other Canadians.

Fact: While it is true some refugees arrive with serious health and mental health problems as a result of the traumatic events that they have survived, those who work with refugees in settlement agencies and in community health centres emphasize that the great majority of those who arrive in Canada do not. Many are stressed upon arrival, but their stress often relates to immediate issues, such as where to find food and lodging, jobs, schools, and social connections – friends. When these needs are met, the risk of serious health and mental health complications is reduced considerably.

Myth: The children of refugees are more likely to engage in criminal activity, such as taking drugs or being involved in gangs.

Fact: The children of refugees and immigrants are LESS likely to be involved in criminal activities, to consume drugs and alcohol, and to be exposed to drugs and alcohol than Canadian born children whose parents were not immigrants or refugees, according to Ottawa Public Health.

Myth: The children of refugees fail to thrive in Canada and become a drain on the Canadian economy.

Fact: : In a 2016 report entitled, Educational and Labour market outcomes of Childhood Immigrants by Admission Class, Statistics Canada revealed that refugee children as a group had achieved better graduation outcomes than their Canadian-born peers. Thirty percent of refugees attended university compared to 24 percent of their Canadian born peers. The study also found the earnings of people who arrived in Canada as refugee children were similar to those of their peers with Canadian born parents, and to those with parent who immigrated to Canada via the business and skilled working class streams.