Adapting to the Canadian market 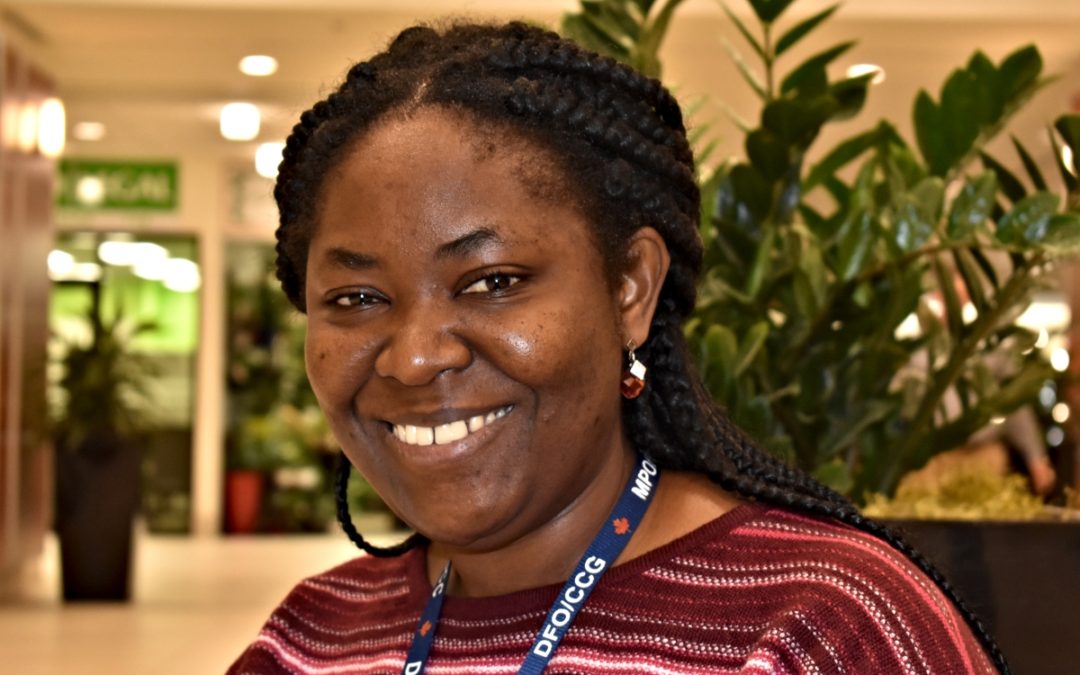 Oyaje Omaku was sending applications to employers and companies, but they were not contacting her or inviting her to job interviews.

“My applications were going into a black hole because I did things the way it was done in my country,” she said. “There was a format for resume that was acceptable in my country. Here, you have to highlight on your achievements in your resume.”

She had completed a Bachelor in Mechanical Engineering in her home country of Nigeria. She then worked in various project management roles for eight years before arriving in Canada in 2016 to study.

After completing her Masters in Engineering Management at the University of Ottawa in 2017, she started applying for jobs in her field.

“I was searching for jobs and was attending job fairs but wasn’t successful,” she said. “I was becoming frustrated because my applications were going nowhere until I joined the Advancing New Canadian Women in Technology program.”

ANCWT helps new immigrant women who have technology background from their home country. The employment program invites employers to work with the participants, analyze and select them on the basis of their skills.

“It was through ANCWT that I got my employment,” she said. “I connected with professionals and companies that were invited. It was one of the companies that took interest in me and gave me employment.”

Dr. Sawsan Al-Majid leads the ANCWT employment bridging program which is based at the University of Ottawa engineering department.

“I was able to get my dream job,” said Omaku. “All those who participated got a job.”

After overcoming the barriers she had in finding a suitable job, she started working as a project manager with Fisheries and Oceans in November 2018.

“One of the difficulties for immigrants is finding jobs that align with their qualifications,” said Omaku. “As a student, there was a lot of adjustment to be done with the culture, food and weather. There was a practical difference. I was lucky I had Nigerians in my class.”

“I never imagined how cold Canada was until I came here and felt it,” she said. “But I eventually adapted (and learned) how to dress properly for the weather.”

“The land of Canada is large. Its area is roughly nine million kilometres square, but the people who live in it take up approximately four million,” she said. “Canada needs people. Human resources make nations great. People come here from different communities with different capacities of work.”

She knows how to spend time in Canada when she is not working. She goes with her friends to watch a movie or to restaurants to get a taste of the Canadian cuisine.

“There are lots of interesting things to enjoy and to have a good time in Canada. I go kayaking in summers, but in winter I hibernate,” she said. “I don’t participate in the activities in winter, which are interesting to watch from the warmth of your bed.”

She said everything happens with hard work. One should do their best and not give up; one should make the best of their opportunities.